Background: COPD is characterized by considerable diversity in terms of clinical signs and symptoms, physiopathological mechanisms, response to treatment and disease progression. For this reason, the identification of different patient subgroups (or possible phenotypes) is important both for prognosis and for therapeutic objectives. Based on the foregoing, AIMAR has decided to conduct a survey on the perception of the prevalence of the different clinical COPD phenotypes/subtypes in the clinical practice of physicians who treat patients with chronic obstructive pulmonary disease, and on their therapeutic objectives.

Methods: The survey consisted of 19 multiple-choice questions, compiled through a form published online. All the data and answers entered into the system were checked for consistency and completeness directly online at the time they were entered, and each respondent could only complete the questionnaire once.

Results: The survey took place from May through October 2012. A total of 1,434 questionnaires (60% of the sample approached) were eligible for analysis, broken down as follows: 537 pulmonologists, 666 general practitioners (GPs), 72 internal medicine specialists, 36 allergists, 30 geriatricians, 93 other specialists. The results show that a significant proportion of GPs (33%) identified more than 50 patients in their practices with a diagnosis of COPD. Although most patients are or have been in treatment with a long-acting bronchodilator, the most common reasons for seeing a GP or a specialist were exacerbations and worsening of the symptoms, suggesting the importance of an appropriate background therapy in order to reduce the risk of disease instability. The frequent exacerbator phenotype was the most commonly found phenotype in clinical practice (by 75% of specialists and 66% of GPs); patients with a prevalent phenotype of chronic bronchitis were reported more often by GPs, while specialists reported a higher number of patients with a prevalent phenotype of emphysema. A medical history of exacerbations and the extent of deterioration of the spirometry parameters were considered to be the major indicators for COPD severity and clinical risk. In managing the frequent exacerbator phenotype, the therapeutic objectives – both for GPs and for specialists – included reducing airway inflammation, improving bronchial dilation, and reducing pulmonary hyperinflation. For this type of patients at high clinical risk, specialists selected a first-line therapeutic option based on a predetermined combination of an inhaled corticosteroid (ICS) and a long-acting β2-agonist bronchodilator (LABA) and a second-line three-drug therapy (combination of ICS and two long-acting bronchodilators), while GPs’ choices are more diversified, without a clear-cut prevalence of one type of treatment. In patients with COPD and concomitant cardiovascular diseases, frequently observed in clinical practice by all physicians, the combination of ICS and LABA was considered the first-choice option by the highest proportion of GPs (43%) and specialists (37%), while a smaller number of specialists (35%) opted for the long acting muscarinic antagonists (LAMA). Both GPs and specialists believe that therapeutic continuity is of primary importance for the achievement of clinical outcomes with all classes of drugs.

Conclusions: A good knowledge of COPD has been observed in a high percentage of GPs, indicating an increased awareness of this disease in Primary Health Care. The frequent exacerbator phenotype is viewed by all physicians as the most prevalent in clinical practice, bearing a high risk of hospitalization. For specialists, therapeutic measures aimed at reducing the number and severity of exacerbations are primarily based on the combination of inhaled corticosteroid and bronchodilator, presumably because of the complementary pharmacological action of its components, whereas while GPs’ choices tend to be more diversified. Adherence to medication regimens is of the essence for the achievement of clinical outcomes. 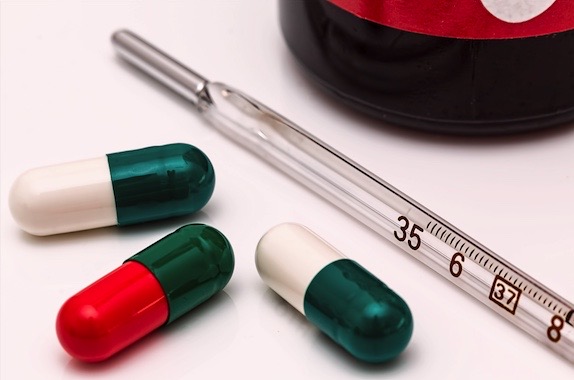